Making sure spacecraft dont crash into each other or into space junk is at the center of Assistant Professor... 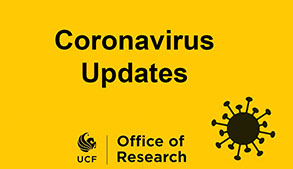 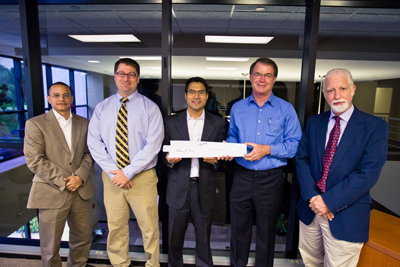 A humble ceiling fan made energy efficient by an ingenious twist of its blades, has officially propelled into the record books as the most successful commercial product ever developed and licensed at the University of Central Florida.

On Thursday representatives from King of Fans, which licensed the fan's design from UCF in 1999, reported that 1.7 million fans have been sold. Now marketed by King of Fans under the Gossamer Wind trade name (with models such as the Hampton Bay Windward IV, Industrial and Eco Midway), the fan will be sold in Lowes stores in addition to Home Depot and online distributors.

Danny Parker, a researcher at UCF's Florida Solar Energy Center, developed the concept for the fan in the mid-nineties. He credits his father-in-law, a retired pilot, with challenging him to explore why fan blade designs have remained unchanged over the years despite advances in aerodynamic design.

The conversation started Parker on a quest that not only uncovered one of the great paradoxes of traditional fan design (the motors turning the blades actually add more heat to a room) to a search for a suitable model for an aerodynamic blade.

Parker partnered with AeroVironment, a firm that designed propellers for the Gossamer Albatross, a human-powered plane that which was successfully pedaled across the English Channel in 1979. Parker needed a blade shaped like a propeller, however he was constrained by UL standards that prohibited ceiling fan blades from spinning too fast.

After years of testing, prototyping, reconfiguring and retesting the Gossamer Wind line of fans, which offer 40 percent higher airflow with no additional energy use, went on sale in Home Depot stores in 2001.

The fan received high praise in a New York Times story last month and manufacturers expect an uptick in sales with the placement in Lowes stores.

"Research conducted at our Florida Solar Energy Center led to development of a product that can save consumers money on their electric bills," O'Neal said. "The fact that this is now our best commercialized technology is a win for all."